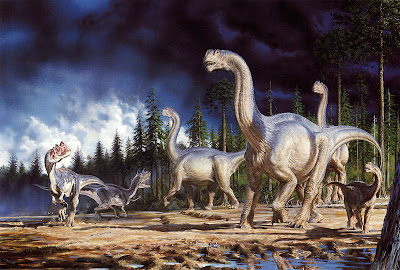 Definition of Adaptation is a characteristic of an organism that makes it better able to survive and reproduce in its environment. No two organisms of the same species are exactly alike. Every trait, such as size, color, and personality, shows some variation. Additionally, in nature, organisms produce more offspring than can survive. The offspring most likely to survive and reproduce are those with adaptations best suited to the environment. Offspring with variations less suited to the environment do not compete as successfully for food, water, and other necessities. This process of competition, by which those best adapted are most likely to survive and reproduce is called natural selection.

Some forms of life are adapted to living in many different environments. For example, people live in all kinds of climates, ranging from the tropics to the Arctic. Thus, human beings are generalized-that is, the human body has adaptations that enable people to live in widely different environments. But such organisms as mosquitoes and bamboo plants are more specialized. Because of their physical makeup, they can live only in a rather warm, wet climate.

Living things often die when they cannot adapt to a changing environment. Many kinds of plants and animals that once lived on the earth have become extinct. For example, millions of years ago, dinosaurs roamed the earth. But the environment in which they lived changed. The dinosaurs failed to adapt, and they died out.

The word adaptation also refers to the ability of living things to adjust to varying conditions in their environment. If people move to the mountains, their bodies adapt to the lower oxygen supply at high altitudes by making more oxygen-carrying red blood cells. A dog adapts to warm weather by shedding its hair. Adaptations that occur over a relatively short time, particularly because of changes in climate, are often called acclimatizations.