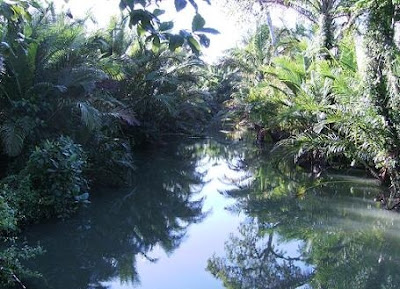 All living things are closely related to their environment. Any change in one part of nature-for example, a natural increase or decrease in a population of any species of animal or plant-causes reactions in several other parts. In most cases, these reactions work to restore the balance of nature.

Each organism is related to a variety of the biological and physical factors of its ecosystem. For example, rabbits need air and water from the physical environment to breathe and drink. They also need biological features, such as plants, for food and cover  (shelter). On the other hand, rabbits are eaten by foxes and other predators (flesh-eating animals). In addition, several kinds of parasites live in and on rabbits.

The relationship among rabbits, plants, and foxes can be shown by an example of an ecosystem that includes these three organisms. Assume that during a certain year, the temperature and rainfall within this ecosystem are ideal for plant growth. As a result, rabbits have a more plentiful supply of food than usual. The female rabbits are well-fed and healthy, and most of them produce large litters. The young rabbits have enough food, and nearly all of them survive. In time, the area becomes overpopulated with rabbits, and they continually compete with one another for food and cover. The losers become weak and unprotected, and they may fall victim to disease and parasites. They also become easy targets for foxes, and so the rabbit population decreases.

More rabbits means more food for foxes. The foxes respond in much the same way as the rabbits did to an increased food supply-their population grows. But more foxes means that even more rabbits are hunted, and so the number of rabbits shrinks even further. The rabbit population will continue to decrease until it again comes into balance with the ecosystem's ability to support it-an ability known as the ecosystem's carrying capacity. Similar controls govern plant populations. On a small scale, such actions and reactions go on every day.

Competition plays a major role in controlling population growth. An ecosystem has limited amounts of the food and cover necessary for each population. Therefore, individual members of the same population must compete for those necessities. But competition is much less intense between different populations. For example, deer and rabbits are herbivores (plant-eating animals), but they usually eat different kinds of plants.

Competition for food. If a population becomes too large for the available supply of food, many of the weaker members will starve. Others may migrate into another ecosystem, but they may not survive. Still others, weakened by hunger, may die from disease and parasites, or they may be killed by predators.

Competition for cover. Competition for cover. Cover is a requirement for most populations. Only a certain number of rabbits can live in a given brier patch, and only so many foxes can occupy the available den sites. If the rabbit population becomes too large for the brier patch, competition will force some individuals to live in poorer cover. There, they will be more likely to be attacked by predators or by disease and parasites.

Predators can help maintain the quality of their prey population if the two species have lived for a long time in the same ecosystem. Under such conditions, the prey species learns to deal with the predators. Therefore, predators normally kill only the weakest and least desirable members of the prey population. The prey population thus stays in a healthy state.

Behavior helps govern the size of some animal populations. Three behavioral factors may be important: (1) territoriality, (2) dominance hierarchy, and (3) stress.

Territoriality occurs among animals that require a certain minimum amount of space, regardless of the available food and cover. Among such species, one animal or a group of animals establishes a territory. No other members of the species are allowed in this area, and breeding is usually restricted to the animals with territories. Such behavior ensures that the strongest members of the population-the animals with territories-survive and produce offspring.

Dominance hierarchies, often called "pecking orders," occur among many types of social animals. Within populations of such animals, the stronger individuals dominate the weaker ones. These dominant animals get the best food, cover, and breeding places. Weaker individuals are forced into areas with poorer food and cover, and some do not survive. The offspring of dominant parents also have the best chance to survive. The traits of the strongest individuals thus are passed on to the next generation of the species.

Stress occurs among crowded populations of animals. Stressed animals become aggressive and irritable, and they often fight with one another. Some individuals do not breed, and those that do breed produce small litters. Many females do not take care of their young. Diseases and parasites spread rapidly among crowded animals, further reducing their number. 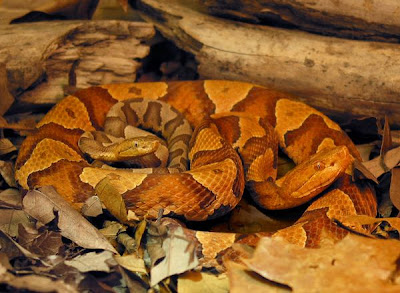 Natural factors and human factors may alter the relationships within an ecosystem. Earthquakes, floods, and fires started by lightning are natural factors that may upset nature's balance. Human factors that may do so include logging and livestock grazing. As a result of these and other factors, entire populations may be wiped out or may grow suddenly at an astounding rate.

A historical example illustrates a change in balance. During the early 1900's, a stable population of about 4,000 mule deer lived on the Kaibab Plateau in northwestern Arizona. Beginning in 1907, human hunters began killing the deer's natural predators-coyotes, mountain lions, and wolves. As a result, the population of deer on the plateau increased to about 100,000 by 1924. But there was not enough food for so many deer, and thousands of deer starved. Balance did not return to the ecosystem of the Kaibab Plateau until 1939.

In another case, a chain of events known as the ripple effect began when fishing crews apparently overharvested fish populations in the northern Pacific Ocean. As a result, seals and sea lions, which eat fish, declined. In 1998, biologists reported that killer whales, which normally prey on seals and sea lions, had begun to prey on sea otters. The killer whales sharply reduced some sea otter populations. Next, sea urchins, a major food of the otters, increased. The sea urchins consumed huge amounts of a type of algae known as kelp. They reduced the ocean's kelp beds, which provide habitat for many other species. Beginning with fewer fish, an entire marine ecosystem-seals and sea lions, killer whales, sea otters, sea urchins, and kelp beds-was upset. No one knows when balance will return.