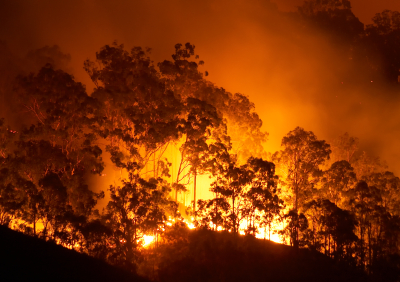 Definition of Forest Protection is a business, activity, and measures to prevent the destruction of forests and forest products due to human actions or natural. Causes of deforestation can be forest fires, pests, diseases, grazing, theft and causing protection factor. One of the principles of forest protection is the prevention of the onset or progression of a cause of forest destruction , would be more effective than control activities after the damage occurred.

The principle of priority to the prevention of forest protection onset or progression of a forest damage through silvicultural planning and good management.

In conjunction with the management measures, prevention of the concept of forest protection is approached by way of:


Studies of forest protection in general as well studied as part of the Science Silviculture . Forest Protection Branch of Science has developed into a more specific knowledge of science among the Forest Diseases, Pests of Forest Science and Forest Fire. 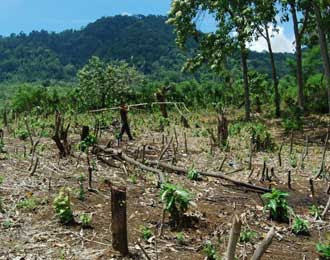 Several forest protection strategies that can be used to achieve sustainable forest management are: 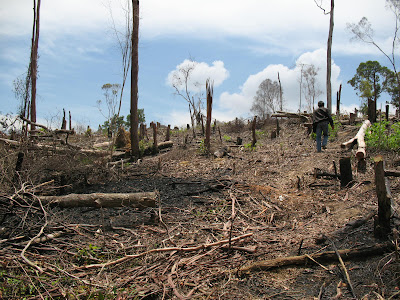 When the rainy season floods everywhere, many people say that this is due to forest destruction. Flooding is just one result of the impact of deforestation on the environment. Not only floods during the rainy season, the danger of drought occurs when the dry season comes. When the forest is still well preserved has the trees are dense, the forest can absorb water when the rains come and save them in the soil in the crevices of the roots , then release it slowly through the watershed . Forests control the fluctuation of the water in the river during the rainy season so it does not overflow during the dry season and not dry. Here the forest functions as a regulator of hydro-orologis for human life and other living creatures.
In addition to flooding and drought, there are many more negative effects of deforestation. Damage to the forest environment like this is a human-induced damage to the cutting down of trees in the headwaters of the river even clearing the converted in other uses.
Understanding and definition of forest degradation is the reduction in forest area due to damage to ecosystems that are often called forest degradation and deforestation as well plus the conversion of forest land or the term deforestation .
CIFOR study (International Forestry Research) examine the causes of forest cover change which consists of shifting cultivation, encroachment, transmigration, mining , plantation, plantations, logging and timber industry. Besides illegal logging activities carried out by professional groups or smugglers who illegally supported by rogue elements.
The opening of forests for oil palm plantations be accused as one of the causes of forest destruction. Forest in which there are many different types of trees turned into monoculture, causing loss of biodiversity and the balance of ecological in the area. Some types of animals that make the forest as its habitat will move to find a more suitable place to live.
Land clearing for oil palm plantations in tropical forests is one of the trigger fires and forest negative impact on greenhouse gas emissions.
Recent research results of CIFOR revealed some negative impact from changes in land use for the production of biofuels. Development of oil palm plantations on peat land, carbon emissions resulting from land conversion takes hundreds of years for the recovery process as usual.
Data of forest destruction in Indonesia is still confusing, this is due to differences in perception and interest in revealing data about forest destruction. The rate of deforestation in Indonesia according to World Bank estimates between 700,000 to 1.2 million ha per year, where deforestation by shifting cultivators is estimated at half. But the World Bank acknowledged that the estimated rate of deforestation is based on weak data. Meanwhile, according to the FAO, said the rate of forest destruction in Indonesia reached 1.315 million ha per year or a total area of ​​forest annually reduced by one percent (1%).
NGOs concerned about environmental degradation revealed at 1.6 - 2 million ha per year. While there are forestry experts who reveal the rate of forest destruction in Indonesia was 1.08 million ha per year.
0 komentar