Amazon forest is one of the world's tropical forests in the Americas. Amazon Tropical Rainforest is the largest tropical forest in the world with a measure of 5.2 million km2. Around two-thirds of the Amazon tropical rain forest in Brazil, most of these forests include several countries namely Bolivia, Peru, Ecuador, Colombia, and Venezuela.

Amazon forest has a variety of flora and fauna as well as have high biodiversitas. The Canopy height measuring between 20-50 m, this is starta trees on top. All Species in the amount of trees per hectare can be found more than 280 species of trees. In addition to a diverse variety of flora are also various special fauna of the Amazon jungle.

In the Amazon jungle there is a large and long river named as forested namely the Amazon River. River of life around a giant snake named "Anaconda Snake" can reach a length of 9 meters. In the cinema shown that these snakes prey on humans by means of wind up helpless prey and swallow it. 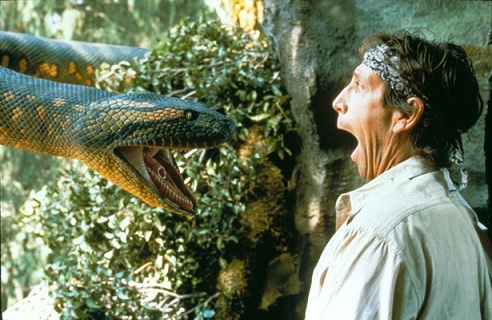 But the more interesting thing in the middle of the Amazon jungle there Xingu tribe who still live without the use of clothing. Although their lives using the technology but the culture and characteristic of this tribe still preserved. 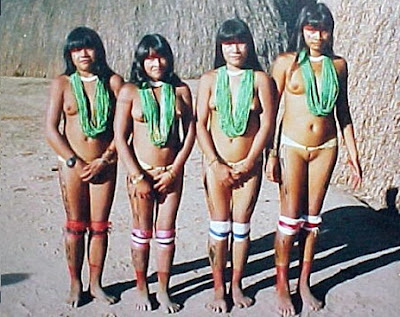 Their day-to-day life are using advanced technology such as television, parabolic, and so forth but still no use clothing as their native culture.

Some read using glasses for blurred vision had begun. This shows that they already know and using equipment such as befits the modern man.

The ceremonies performed XINGU tribe as customs and traditions continue to be preserved and conserved. 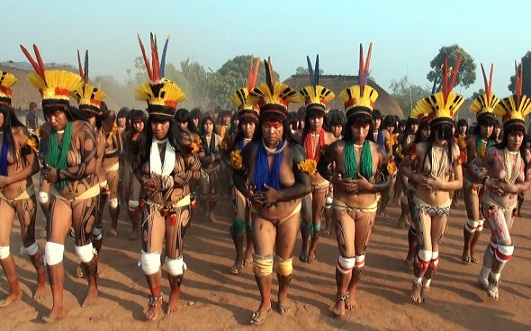 Body tribe in the Amazon jungle is tinged with a wide range of traditional tools and materials. According to their body color is a way to give them the differences between animals, that they profess belief.

Young woman with her legs must be marked using the tools and carded to remove the blood.


To reach the location of their residence should use aircraft or even pass the river far enough.
That glimpse XINGU tribe living in the middle of the Amazon tropical rain forest. They still keep their styles and traditions of their lives, as a unique case received much attention various media and is the subject of interest to the tourist.