CLIMATE AND BIOLOGICAL PRODUCTIVITY OF THE TROPICS 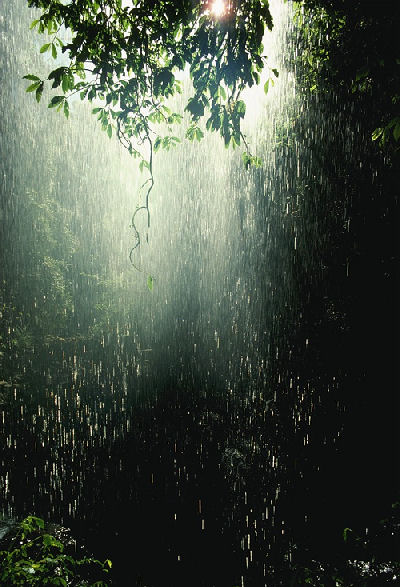 The warm, wet, and relatively aseasonal climate of the tropics is apparently more favourable for maintaining higher diversity than anywhere else in the world. But why is this the case? One simple idea is that the high solar energy inputs and productivity of tropical regions result in greater numbers of species that can be supported energetically.


However, it is not entirely clear why a small number, or even one species, could not monopolize most or all of the incoming solar energy. Another idea is that climate stability is the main factor promoting species diversification and coexistence. In the harsher temperate and polar regions, species must be able to tolerate drastic fluctuations in seasonal temperatures. Species occurring in habitats nearer the poles are therefore adapted to a wider range of local environments in order to survive the winter months.

As a consequence, one expects a narrower range of adaptation to environmental conditions and narrower latitudinal and altitudinal distributions in the tropics, a hypothesis sometimes referred to as ‘Rapoport’s rule’. The more limited ranges of species in the tropics may allow for greater ‘species packing’ compared to temperate or boreal regions.

Although this idea has received much research attention, recent analyses give only equivocal support, at best, for Rapoport’s rule. On the other hand, it is clear that the relatively aseasonal nature of tropical rain forests allows for the evolution of highly varied and complex species interactions. This complexity itself contributes to the overall species diversity found in the tropics. For example, "dependent" ecological forms, such as specialist herbivores or predators, only persist in the community if their host species is present.