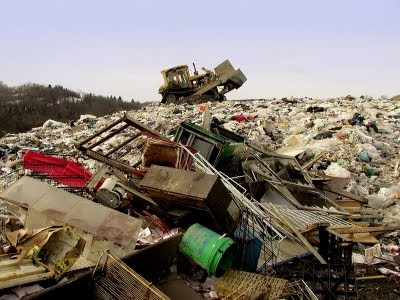 Impact of Environmental Pollution on living beings the day goes on. Negative impact of adverse health, especially for the human body to cause disease and a wide range of issues.
Both diseases are directly perceived or illness arising from the accumulation of pollutants in the human body.

Burning oil and coal fuels in motor vehicles and industry led to increased levels of CO2 in the air. This gas is also produced from forest fires, which will be assembled in Earth's atmosphere. If there are so many, CO2 gas will prevent the heat reflected from the Earth to the atmosphere so that the heat will be absorbed and reflected back to Earth. As a result, the temperature on Earth is getting warmer. This is called the greenhouse effect (green house effect). In addition to CO2, other gases that cause the greenhouse effect of CFCs from aerosol, as well as methane gas from animal waste decomposition.

The greenhouse effect can cause the temperature to rise globally, or better known as global warming. Due to global warming, global climate patterns changed. Sea level rises, as a result of the melting of ice at the poles so that small islands become submerged. The situation will affect the balance of ecosystems and harm living things, including humans.
Another consequence is the air pollution caused by acid rain. If acid rain occurs continuously, causing soil, lake, or river water into acid. Circumstances that will result in plants and microorganisms that live in them disturbed and die. This of course will affect the balance of ecosystems and human life.

1. Extinction of Species
Pollutants are very harmful to aquatic biota residing on the mainland as well. Different types of animals were poisoned, then it will die. Various animal species that do not have the same immunity. There are sensitive, some are resistant. Young animals, animals that larvae are sensitive to contaminants. There are animals that can adapt so resistant to pollutants, those that do not. Although animals adapt, to know that the level of animal adaptation has its limits. When the limit is exceeded, the animal will die.

2. Rapid development of the pest
Excessive use of insecticides led to the death of predators. With the extinction of predators so that insect pests will develop quickly and without control.

3. Environmental Balance Disorders
Extinction of certain species can alter the pattern of interactions in an ecosystem. Food chains, food webs and energy flow to be changed. As a result, the balance of disturbed environments. Recycling materials and biogeochemical cycles to be disrupted.

4. Declining Soil Fertility
The use of deadly insecticide soil fauna. It can lower soil fertility. Continuous use of fertilizers can cause soil to become acidic. It also can reduce soil fertility. Likewise, the occurrence of acid rain.

5. Toxicity and Disease
People who eat vegetables, fish, and contaminated food can be poisoned. Some are dead, some liver damage, kidney, cancer, nervous system damage, and even causing defects in their descendants.

6. Biological concentration
The process of increasing the body's levels of pollutants through biological beings known as the concentration (in English known as biomagnificition).