WHAT IS THE TROPICS | Tropics Are The Regions Of The Earth 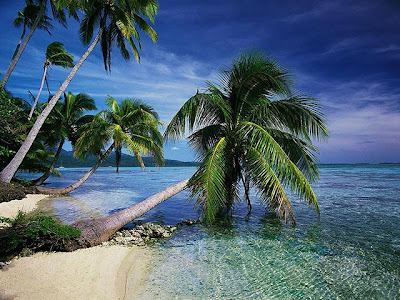 Most places in the tropics have warm to hot temperatures the year around. Tropical places near sea level are hot because every day the sun's rays shine almost straight down at noon. Such direct rays produce higher temperatures than do slanted rays.

The temperature does not change much in the tropics because the amount of daylight differs little from season to season. At the equator, the sun shines about 12 hours a day. At the edges of the tropics, daylight varies from about 101/2 hours a day in winter to about 131/2 hours a day in summer. Places at the edges of the tropics have cool periods in winter. Tropical places that are located at high altitudes are cool because the temperature drops about 31/2 °F per 1,000 feet (2 °C per 300 meters) of elevation.

Many tropical areas have definite rainy and dry seasons. Most places near the equator get much rain during all seasons and are covered by tropical rain forests. Farther to the north and south, one or two short dry seasons occur yearly. Such areas have forests of trees that lose their leaves during these dry seasons. Areas even farther from the equator have one long dry season each year. These areas are covered by savannas (grasslands with scattered trees and shrubs).

Email ThisBlogThis!Share to TwitterShare to FacebookShare to Pinterest
Label: Characteristics of rain forests, SOILS IN THE TROPICS, WHAT IS THE TROPICS
Newer Post Older Post Home