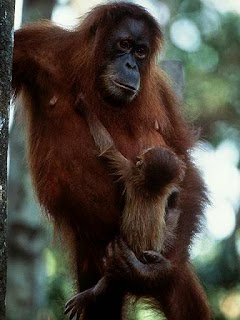 Laws and conservation programs are helping to reduce endangerment worldwide. In the United States, the Endangered Species Act of 1973 protects endangered and threatened wildlife and plants from hunting, collecting, and other activities that harm them or their habitats. Since this law was enacted, the numbers of certain endangered animals, such as the alligator, bald eagle, and peregrine falcon, have increased so much that they have been removed from the endangered list or reclassified from endangered to threatened status.

Many wild species are protected by the Convention on International Trade in Endangered Species of Wild Fauna and Flora (CITES). This treaty, drawn up in 1973, aims to control trade in wild animals and plants, their parts, and products derived from them. Over 150 countries have joined the treaty. CITES bans trade in rhinoceros horn, cheetah fur, sea turtle shells and meat, and certain whale products. Elephant ivory was banned in 1989, but a 1997 decision enabled the African nations of Botswana, Namibia, and Zimbabwe to export a limited amount of stockpiled ivory to Japan. The ivory from these three nations was auctioned to Japanese buyers in 1999.

Various organizations publish lists of endangered species to improve public awareness. The IUCN (International Union for the Conservation of Nature and Natural Resources) compiles lists that include thousands of animal and plant species that are threatened or endangered.

Protecting habitat is the key method of preserving endangered species. Many governments and organizations have set aside nature preserves. Some zoos and animal research centers conduct programs that breed endangered species in hopes of returning their offspring to the wild. The programs have greatly improved the outlook for such endangered species as the black-footed ferret and the California condor.