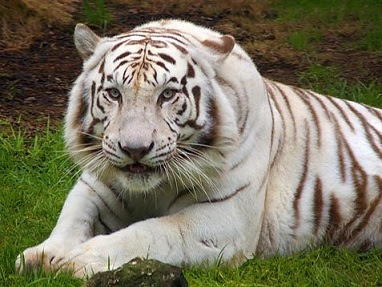 Endangered species are living things threatened with extinction-that is, the dying off of all of their kind. Thousands of species of animals and plants are endangered, and the number increases each year. Some examples of endangered species are blue whales, giant pandas, orangutans, rhinoceroses, sea turtles, snow leopards, tigers, and whooping cranes. Among endangered plants are running buffalo clover, Santa Cruz cypress, snakeroot, and many species of cactuses.

Each species of plant and animal plays a part in the delicate balance of its ecosystem, its relation to other living things and the environment. Thus, the extinction of large numbers of species threatens the survival of other living things, including human beings. As more species have become endangered, ecosystems have become unstable or collapsed. Fortunately, people have increased their efforts to protect endangered species.

Most biologists consider a species endangered if they expect it would die off completely in less than 20 years if no special efforts were made to protect it, or if the rate of decline far exceeds the rate of increase. Until the last few centuries, species became rare or died out as a result of natural causes. These causes included changes in climate, catastrophic movements in the earth's crust, and volcanic eruptions.
Today, species become endangered primarily because of human activities. Species mainly become endangered because of

Loss of habitat
Loss of habitat poses the greatest threat to the survival of wild species. Most animals and plants are specially adapted to live and reproduce in a specific environment or habitat and cannot survive when it is destroyed. The destruction of virgin forests by loggers and settlers and the conversion of natural grasslands into pasture for livestock have eliminated vast expanses of wildlife habitats. Marshlands have been drained for farmland and building projects. Coral reefs and many marine environments have become polluted, overfished, and even dynamited to obtain tropical fish and corals. Tropical rain forests contain the greatest variety of animal and plant life on earth, and they are being destroyed more rapidly than any other type of wild habitat.

Wildlife trade
Wildlife trade involves the capture of animals for pets, zoo specimens, and research subjects, and the killing of animals for their fur or other body parts. The capture of wild animals for commercial use has endangered many species. For example, the Spix's macaw, a parrot of Brazil, is nearly extinct in the wild because so many have been captured for private bird collectors. Many primates, including the orangutan, have become endangered by the illegal killing of the mothers to capture their babies for zoos and pet dealers. Gorillas, chimpanzees, and other primates are killed for their meat, which is sold in African markets.
Other animals have been killed in such large numbers for their fur, hides, tusks, or horns that they are nearly extinct. Rhinoceroses, wild chinchillas, the Tibetan antelope, and snow leopards are among these. Although such animals are now protected by law in the countries where they live, they are still poached (hunted illegally). Poaching also has seriously reduced the number of African elephants.

Overhunting
Overhunting has brought numerous species to the brink of extinction. The Caribbean manatee, the Asiatic lion, the dugong, and many species of pheasants have become endangered because people have hunted them for food and trophies. Many species are killed by people who believe that the animals threaten their livelihoods. Livestock owners, for example, may shoot, trap, or poison wild animals that they consider a danger to their herds. Farmers and ranchers in North America have nearly eliminated the red wolf and many species of prairie dogs, while herders in Africa have almost wiped out the Simian Wolf. Some people in the fishing industry blame seals, which eat fish, for reductions in their catch. Fishing crews have killed so many Mediterranean monk seals that fewer than 200 survive.