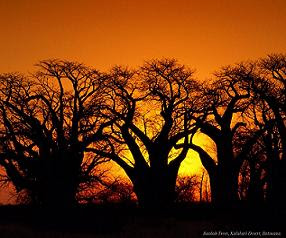 A plant's growth is shaped by both its heredity and its environment. A plant's heredity, for example, determines such characteristics as a flower's color and general size. These hereditary factors are passed on from generation to generation. Environmental factors include sunlight, climate, and soil condition.

Hereditary factors. Within the nucleus of all plant cells are tiny bodies called chromosomes that contain hereditary units called genes. These bodies contain "instructions" that direct the growth of the plant. As the cells divide and multiply, the "instructions" are passed on to each new cell. Substances made within a plant also play a part in regulating plant growth. These substances, called hormones, control such activities as the growing of roots and the production of flowers and fruit. 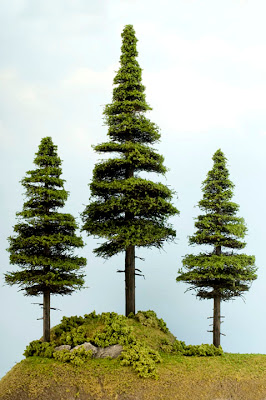 Environmental factors. All plants need light, a suitable climate, and an ample supply of water and minerals from the soil. But some species grow best in the sun, and others thrive in the shade. Plants also differ in the amount of water they require and in the temperatures they can survive. Such environmental factors affect the rate of growth, the size, and the reproduction of all plants. The growth of plants also is affected by the length of the periods of light and dark they receive. Some plants, including lettuce and spinach, bloom only when the photoperiod (period of daylight) is long. Such plants are called long-day plants. On the other hand, asters, chrysanthemums, and poinsettias are short-day plants. They bloom only when the dark period is long. Still other plants, among them marigolds and tomatoes, are not affected by the length of the photoperiod. They are called day-neutral plants.

Plants also are affected in other ways by their environment. For example, a plant may display a bending movement called a tropism. In a tropism, an outside stimulus (force) causes a plant to bend in one direction. A plant may have either a positive or a negative tropism, depending on whether the plant bends toward or away from the stimulus. Tropisms are named according to the stimuli that cause them. Phototropism is bending caused by light, geotropism is caused by gravity, and hydrotropism is caused by water. A plant placed in a window exhibits positive phototropism when its stems and leaves grow toward the source of light. Roots, on the other hand, display negative phototropism and grow away from light.

Some plants are affected by being touched. When the sensitive plant, Mimosa pudica, is touched, its leaflets quickly fold and its branches fall against its stem. A change in pressure within certain cells of the plant causes this action. After the stimulus has been removed, the plant's branches and leaflets return to their original position.