More than 700 species of birds live in North America north of Mexico, a region that includes all of Canada and all of the United States except Hawaii. Most of this region lies in the northern temperate zone. In the southern part of the region, many of the birds are permanent residents. In the northern part, most of the birds are summer residents only. In summer, the birds mate, lay and hatch their eggs, and raise their families. They then fly south for the winter. Mexico and Central America are part of North America. But most of the birds that reside there permanently are more closely related to those of South America than to U.S. and Canadian birds.

The birds of temperate North America live in seven main kinds of habitats: (1) urban areas, (2) forests and woodlands, (3) grasslands, (4) brushy areas, (5) deserts, (6) inland waters and marshes, and (7) seacoasts. Some North American birds live north of the temperate zone-that is, in the Arctic. 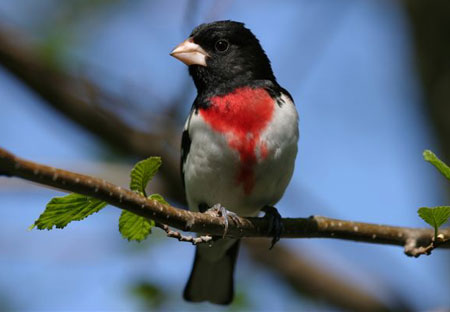 Many birds will nest in urban areas if these areas have nesting places similar to those of the birds' natural habitat. In addition to pigeons and starlings, such birds include robins, blue jays, mockingbirds, cardinals, wrens, common crows, grackles, and house sparrows. Cardinals and mockingbirds usually nest in shrubs or low trees. Robins and blue jays nest in shade trees. Wrens nest inside tree holes, bird boxes, and even mailboxes. House sparrows and pigeons, both introduced from Europe, rank among the most common birds in North American cities. They will nest in almost any small opening. Such birds remain a familiar sight even in the downtown areas of big cities.

Email ThisBlogThis!Share to TwitterShare to FacebookShare to Pinterest
Label: Birds of North America