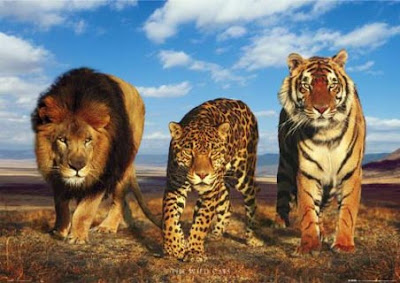 
For example, some animals can be kept as pets, but others are wild. Arranging animals according to their similarities is a handy way of remembering and understanding them.


Some common ways of grouping animals. Animals can be grouped in many ways. They can be arranged according to whether they live on land or in water.

Animals can be arranged by the number of legs they have. Dogs, frogs, and lizards have four legs. Bats and birds have two legs. Insects have six legs, and spiders have eight. Snakes and worms have no legs.


Another way to group animals is according to how they move. Bats, most birds, and many insects fly. Whales, fish, and squid swim. Snakes and worms crawl. Antelope and cheetahs run. Frogs, kangaroos, and rabbits hop. Some animals are cold-blooded, and others are warm-blooded.


Birds, mammals (animals whose babies drink the mother's milk), and a few species of fish and insects are warm-blooded. All other kinds of animals are cold-blooded. Animals are also commonly divided into groups according to whether they have backbones. Invertebrates do not have backbones, but vertebrates do.

The vast majority of animals are invertebrates. They include clams, insects, jellyfish, sea urchins, snails, spiders, sponges, and worms. Birds, fish, mammals, and reptiles are vertebrates. So are amphibians-frogs, salamanders, and other animals that spend part of their lives in water and part on land. The scientific classification of animals involves grouping animals according to the biological relationships among them. This orderly arrangement of animals depends in part on the features the animals share.

First cousins share grandparents. In classifying animals, zoologists (scientists who study animals) divide them into ever-smaller groups that have more and more features in common. The largest group is the kingdom Animalia itself, which includes all animals. Next, each animal is placed in a group called a phylum. Each phylum is divided into groups called classes. The classes are broken down into orders, and the orders into families.


Each species belongs to one phylum, one class, one order, one family, and one genus. For example, tigers belong to the kingdom Animalia, the phylum Chordata, the class Mammalia, the order Carnivora, the family Felidae, and the genus Panthera. They are members of the species Panthera tigris. Lions are related to tigers. They belong to the same kingdom (Animalia), phylum (Chordata), class (Mammalia), order (Carnivora), family (Felidae), and genus (Panthera) as tigers. But lions are classified in a different species-Panthera leo, also written simply as P. leo.  Next >>>