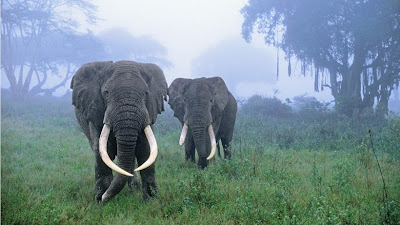 The equal chance or null community hypothesis is based on the idea that all species are equivalent in terms of their habitat requirements and growth rates, and therefore that every species has an equal chance of inhabiting openings as they become available in the forest.

Basically this hypothesis suggests that local diversity is based on the number of species contributing seeds in the local area, and that tree replacement occurs via random chance. Recent modelling studies indicate that simple null models of tropical forest communities can retain very high species diversity over long periods of time.

Although species in such a null community eventually go extinct via a ‘random walk’ process, the time to extinction is sufficiently long that speciation may act to add new species to the system. For such a null community to maintain very high levels of diversity, one more kind of process is also generally required : namely "dispersal limitation", which refers to the fact that seeds of a given species do not germinate in all possible sites that could potentially be occupied by that species.

The result of dispersal limitation is that many species fail to encounter one another. If dispersal limitation is sufficiently strong, competitive exclusion can be avoided entirely. Recent studies have shown that the absence of plant species at a given site is in fact commonly due to a lack of seed dispersal rather than their inability to compete in that particular area.