THE IMPORTANCE OF BIRDS

In nature. Each species of animal in a woodland, grassland, or other natural area depends on other living things in the environment for food. In a woodland, for example, some birds get their food mainly from plants. Others chiefly eat small animals, such as insects or earthworms. Birds and bird eggs, in turn, serve as food for such animals as foxes, raccoons, and snakes. The feeding relationships among all the animals in an environment help prevent any one species from becoming too numerous. Birds play a vital role in keeping this balance of nature. 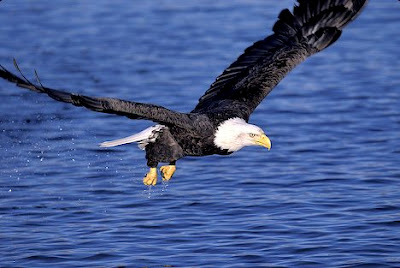 Birds also serve other purposes in nature. Fruit-eating birds help spread seeds. The birds eat and digest the pulp of berries and other fruits but pass the seeds in their droppings. The seeds may sprout wherever the droppings fall. Hummingbirds pollinate certain flowers that produce nectar. Hummingbirds feed on nectar. As they visit flowers in search of it, they carry pollen from flower to flower. In these ways, birds help numerous kinds of plants reproduce and spread.

Many kinds of birds assist farmers by eating weed seeds, harmful insects, or other agricultural pests. Unlike birds that feed on fruits, seed-eating birds digest the seeds they eat. One bobwhite may rid a field of as many as 15,000 weed seeds a day. Many birds eat insects that damage farm crops. Some birds are especially helpful in keeping the number of certain kinds of insects under control. Robins and sparrows, for example, are highly effective against cabbageworms, tomato worms, and leaf beetles. Rats and mice can cause huge losses on farms by eating stored grain. Hawks and owls prey on these animals and so help limit such losses.

People consider a few kinds of birds to be pests. One such species, the common, or European, starling, was introduced into the northeast United States in the 1890's. The birds multiplied and spread rapidly. Today, starlings are so numerous in many North American cities that they have become a nuisance because of their noise and droppings. Moreover, starlings fight with certain native American birds, including bluebirds and swallows, over the tree holes in which they nest. Pigeons are also a nuisance in many cities because of their droppings. Flocks of starlings and pigeons leave masses of droppings on buildings where the birds have been roosting. The fungus Histoplasma capsulatum can grow on these droppings. The spores of the fungus may be carried in the air and cause the infectious disease histoplasmosis in people who inhale them. Some strains of influenza, another infectious disease, can be passed to human beings from infected domestic birds, including chickens and ducks. West Nile virus, which causes a flulike disease, is transmitted from infected birds to human beings and other animals through the bites of mosquitoes. 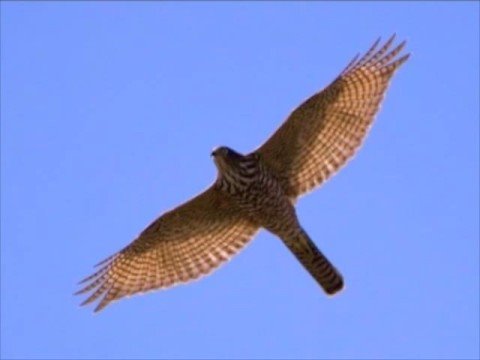 As a source of food and raw materials. People have always hunted birds for food. Some of the first birds used for food were ground-feeding birds, such as quails and turkeys, which were caught in traps and snares. Hunters captured pigeons, ducks, and other birds by placing nets where the birds normally flew. After the invention of guns, most people hunted large, meaty birds to save gunpowder and shot. The eggs of wild birds were also an important food for people in prehistoric times, and people in some parts of the world still eat such eggs. Because most birds' nests are hard to find, the eggs used for food have come chiefly from sea birds that nest in open places in large colonies (groups).

Today, chickens rank as the most widely raised poultry by far. Farmers throughout the world produce hundreds of millions of chickens annually for meat and eggs. Ducks and turkeys rank second and third in production worldwide. Ducks are raised for both meat and eggs. Turkeys are raised mainly for meat.

People use the feathers of certain birds to stuff pillows, mattresses, sleeping bags, coats, and quilting. Goose feathers are preferred because they are soft and springy. Manufacturers often mix goose feathers with down feathers, or down, to provide extra softness. Down feathers are small, fluffy feathers that some adult birds, especially water birds, have between their stiffer outer feathers. Most of the down used for stuffing comes from ducks and geese raised on farms.

People throughout the world use colorful bird feathers to decorate jewelry, clothing, and hats. Many countries forbid the use of feathers from wild birds. People may only use feathers from domesticated birds, such as turkeys, or from other birds raised in captivity, such as peacocks and pheasants.

Over the centuries, the droppings of ocean birds have formed huge deposits on certain islands where the birds nest in dry areas. This waste matter, which is called guano, provides an excellent source of nitrogen that people use to make fertilizer and explosives. The mining of guano for fertilizer was once an important industry in some countries.

As pets. People have long kept birds as pets. Favorite bird pets include canaries, parrots, finches, and parakeets called budgerigars, or "budgies." Budgies and parrots are especially popular because they can be trained to imitate human speech and even to whistle.


Most birds sold as pets have been raised in captivity. The birds are hatched in cages and sold to the public by pet stores. After years or centuries of captive breeding, some of these birds look much different from their wild ancestors. For example, wild budgerigars are green, but breeders have produced white, yellow, blue, and even violet budgerigars. In the past, most of the parakeets and parrots sold as pets were caught in the wild. Over the years, this practice wiped out some species. To help protect such birds, many countries have made it illegal for wild birds to be caged except in zoos. However, many wild parakeets and parrots are still captured and sold illegally throughout the world.

Email ThisBlogThis!Share to TwitterShare to FacebookShare to Pinterest
Label: Bird is an animal with feathers, Birds of grasslands, The distribution of birds, The importance of birds